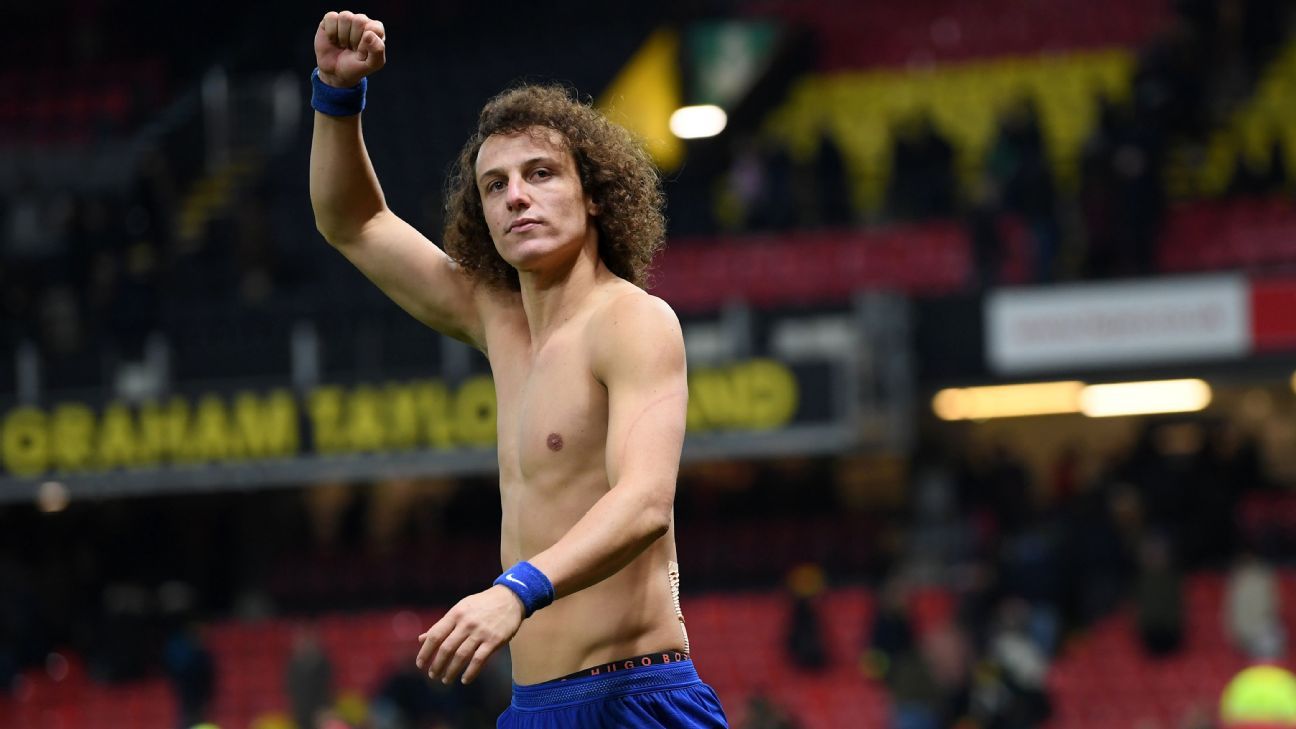 LONDON — Chelsea defender David Luiz credited his revival under Maurizio Sarri this season to the fact that he is playing without pain for the first time in two years, coupled with the more expansive style of football the Italian has brought.

Restored to the heart of defence by Sarri after being frozen out towards the end of Antonio Conte’s time, Luiz has started 18 of 19 Premier League games this season and forged a partnership with Antonio Rudiger.

Luiz’s prolonged exile in the second half of last season under Conte coincided with a lingering knee problem that required a surgical procedure, and the Brazilian believes his improved health has helped him earn his head coach’s trust with consistency on the pitch.

“I am very happy — first about my physical condition, because I was suffering a bit in the last two years,” Luiz said after Wednesday’s 2-1 win over Watford. “Even the year we won the league, I was on the pitch many, many times with a lot of pain, but I was giving everything for the team.

“Then after that, the next year I paid the bill that you have to pay. But I am so happy now, first of all for my physical condition. I’m so happy I’m not feeling any pain anymore, and after that because I love to play this way and this philosophy. I’m happy to play again.”

Despite beating Watford, Chelsea’s festive schedule has seen them lose ground on Premier League leaders Liverpool and second-place Tottenham in the race for Champions League qualification, following defeats away against Wolves and at home to Leicester City.

Luiz did not share Sarri’s insistence that Chelsea are out of the title race, but acknowledged that it may take time for them to achieve the consistency of results that the teams ahead of them have managed so far this season.

“There’s always a chance,” he said. “But we are in progress, it is the first season of Mr. Sarri’s new philosophy, the three teams in front of us, they have had their managers for more than three years so we have to understand that as well.

“But we are doing a great job and doing amazing, and let’s continue in this way. In the end it’s going to be the right count, the right table, so it’s not about the beginning, it’s about the end of the season.

“Many things can happen in football.”