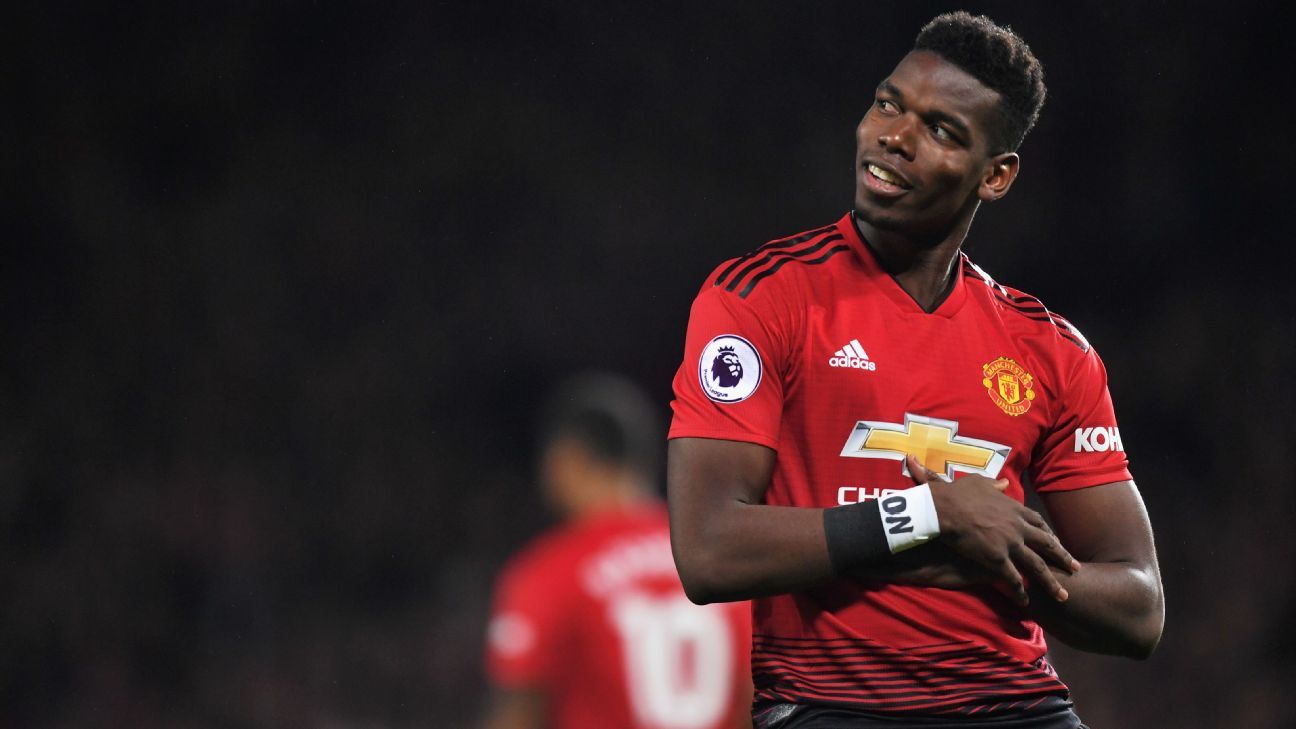 MANCHESTER, England — Manchester United interim manager Ole Gunnar Solskjaer has said Paul Pogba’s performance against Bournemouth proved that he does not need to showboat to prove how good he is.

France international Pogba scored two and made one in the 4-1 win at Old Trafford as Solskjaer continued his perfect start since taking over from Jose Mourinho.

“That is a top, top performance from a midfielder,” the manager told a news conference.

“It’s work rate, headers, winning tackles, no showboating and it’s touch, pass, move and he’s at his best when he plays that game.

United have scored 12 goals in three games since Solskjaer took over, while the 45-year-old followed only Sir Matt Busby and Mourinho in winning his first three league games as manager.

The one downside against Bournemouth was a late red card for Eric Bailly after a reckless challenge on Ryan Fraser, meaning he will miss games against Newcastle, Reading in the FA Cup and the trip to Tottenham.

“He knows he’s mistimed that one,” Solskjaer said. “He thinks he’s going to win the ball and no complaints [about the decision].”

Solskjaer was a surprise choice to take the reins following Mourinho’s dismissal but is giving himself a chance to getting the job permanently.

He is still under contract at Molde but has hinted that he is keen to be considered for the full-time role.

“It’s quite a few years since I was here, but this is how it was,” he said. “I’ve gone about the job as I experienced it here as a young coach.

“We want to go attacking. We’ve been at home two games and the crowd, we have to entertain them.

“You’ve got good players, good people, they want to learn, improve. I just want to do my bit for the months I’m here.”