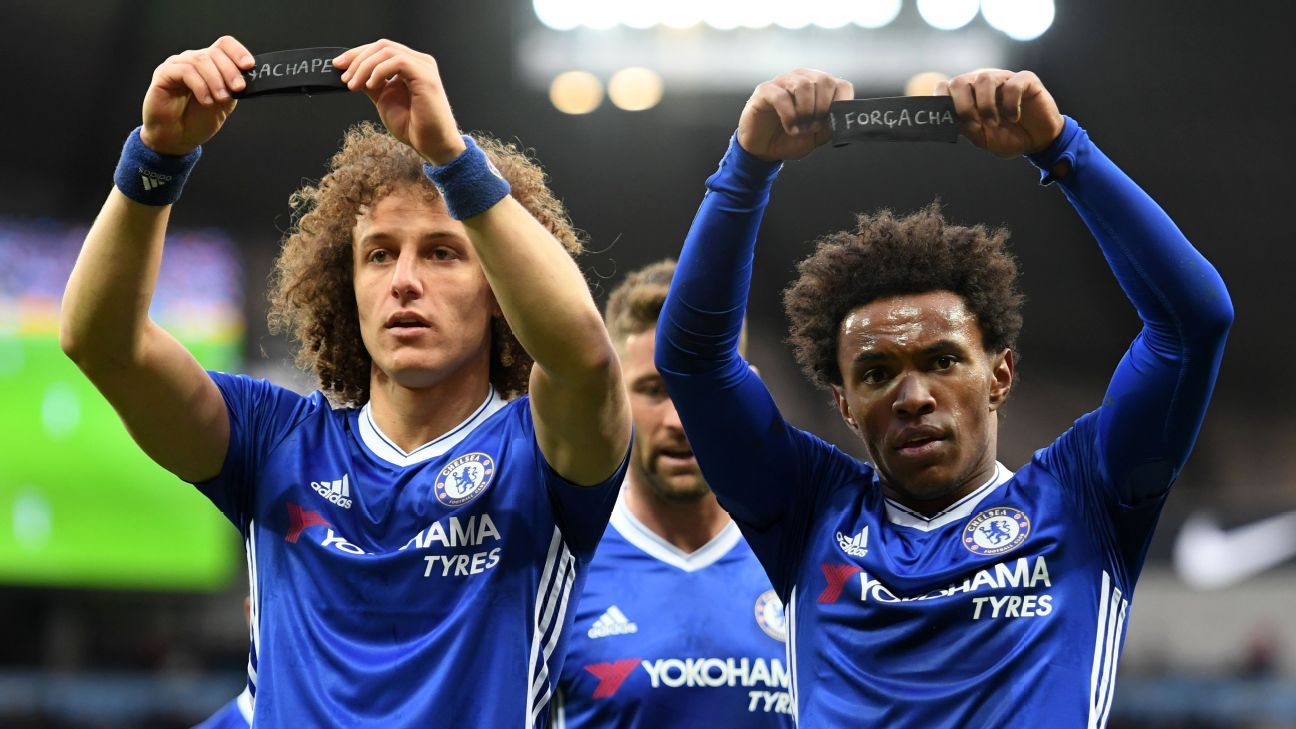 LONDON — Willian said he hopes David Luiz signs a new contract to remain at Chelsea beyond this season, but added that he is in no rush to talk about extending his own deal at Stamford Bridge.

Luiz, who has appeared in 19 of Chelsea’s 20 Premier League games this season under Maurizio Sarri, is set to be a free agent next summer and has already signalled his desire to stay at Chelsea if a suitable agreement can be found over an extension.

Chelsea’s policy of only offering one-year deals to players over the age of 30 is proving a sticking point in talks, however, and reports have claimed that Luiz will leave Stamford Bridge at the end of the season if he is not offered a longer-term contract.

Willian is hopeful it will not come to that.

“For sure, of course. I want [him to stay],” he said after Sunday’s 1-0 win over Crystal Palace. “We have to see if the club will want him. I think they want. For me, I want him to stay.”

Chelsea face contract decisions over a number of high-profile players in the coming months. Cesc Fabregas and Olivier Giroud are also in the final year of their current deals, while superstar winger Eden Hazard has 18 months left and is keeping his options open.

Willian’s contract is also up in June 2020, but the Brazilian insisted that he is relaxed about the fact that talks with the club are yet to begin over a possible extension.

Giroud was restored to Chelsea’s starting XI before getting injured against Palace as Sarri reverted to a conventional striker system, having deployed Hazard as a false nine in the previous four Premier League matches.

Any prolonged absence for the Frenchman is likely to reinforce Sarri’s belief that Hazard is his best central attacking option, but Willian is confident that Chelsea can perform in the final third regardless of what strategy their head coach decides to pursue in the New Year.

“We have a lot of good players who we can play there in front,” he said. “When we play Giroud or [Alvaro] Morata, it’s different to playing Hazard, for example, there. Giroud and Morata they stay more there, to be like a pivot in front of their defence.

“We know how to play in both situations, so we just have to continue to win.”