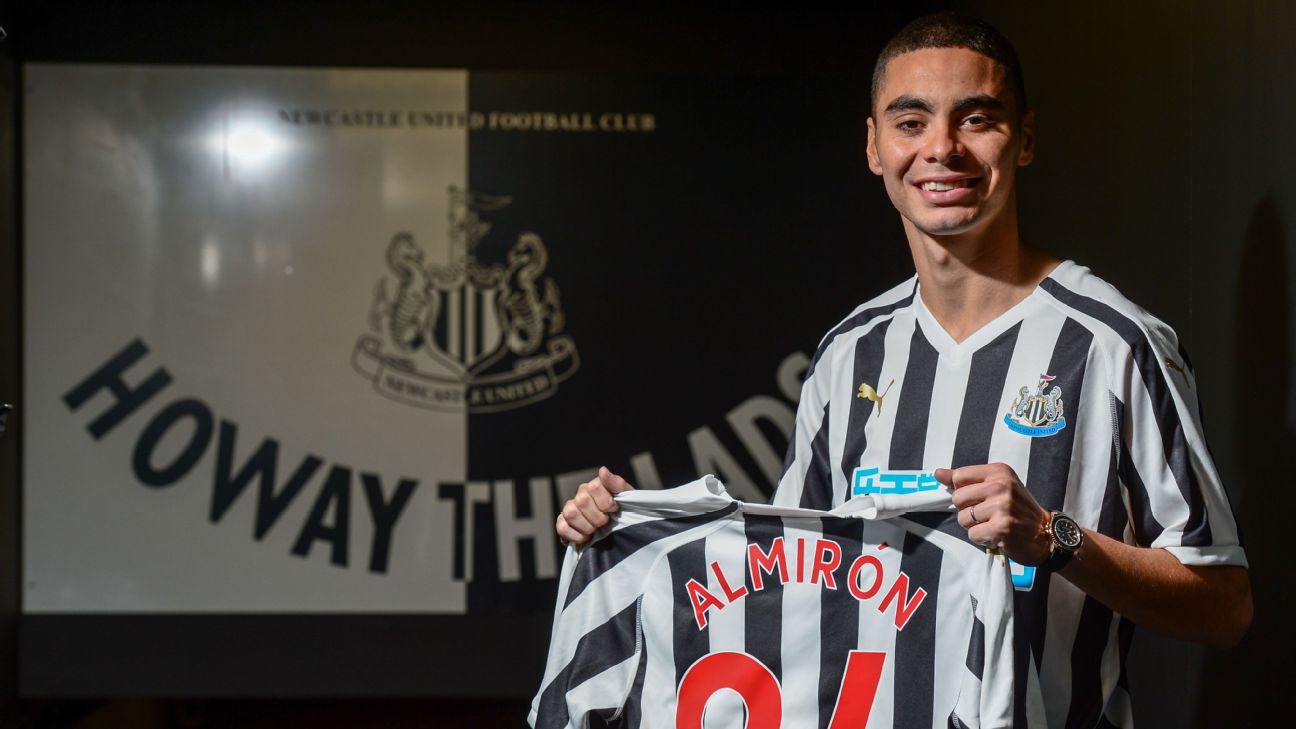 It’s not often that MLS makes an impact in the global winter transfer market, but that’s what we all saw in zany 48-hour span in which two of MLS’ major figures packed their bags, while a third got stood up at the altar.

Let’s start with the good. Miguel Almiron has joined Newcastle United after a sparkling two seasons with Atlanta United, shattering the previous MLS transfer fee record with Newcastle reportedly ponying up $26 million for the Paraguayan.

Even before Almiron arrived in Atlanta there was talk of him going to Europe after standing out in Argentina with Lanus, so it was not at all surprising to see this deal transpire, especially after Atlanta announced the signing of Gonzalo “Pity” Martinez from River Plate. This meant that one of the four designated players had to go, and the logical choice was to sell Almiron at top dollar rather than offloading last year’s big arrival Ezequiel Barco on loan.

This was a fantastic job done by Atlanta, who got three times the $8m transfer fee they paid to Lanus back in December 2016. That money most certainly smoothed the tracks for Martinez’s arrival and gives the franchise the flexibility to add key pieces in their quest for a second straight MLS Cup and a first ever CONCACAF Champions League crown.

Sebastian Giovinco‘s departure from Toronto is a lot less happy of a tale. To start, the Italian forward had some choice words for Toronto FC management on his way out the door, which is sure to anger TFC supporters. The fact that Giovinco wanted to stay in Toronto but could not reach an agreement with management will be something that sticks to the ribs for a while. One of the greatest players in MLS history just walked out the door. Ouch.

On the plus side for Toronto, the $7.1m salary earned by Giovinco in 2018 can be allocated elsewhere, but the reported $2-3m received from Al-Hilal for the transfer seems low, even if he is 32. Still, it’s better that the team got something now rather than losing him on a free next year.

Where will the money go? It’s imperative TFC find players who can play off of forward Jozy Altidore, something that Giovinco did splendidly to make such a formidable duo up top. It’s also important to note that midfielder Victor Vazquez left the club this winter, so gone is a perennial MVP candidate and a crucial link in midfield that made the TFC attack a well-oiled machine in their 2017 championship season.

A designated player signing in the next weeks would help heal the wounds, but with Giovinco no longer around, TFC are simply not as strong.

No doubt that the most captivating story of Deadline Day was the Luciano Acosta transfer to Paris Saint-Germain that never was. This was something that came out of nowhere. The fact that a Champions League contender like PSG wanted to sign an MLS midfielder to serve as a low-cost replacement for injured Brazilian superstar Neymar was significant. Alas, it was not meant to be for D.C. United’s diminutive Argentine, as things fell through reportedly over a dispute over the amount of the transfer fee.

You have to feel for Acosta in this situation. He flew to France, underwent a medical and looked all set to join one of the biggest clubs in the world, only for a difference of $2m to kill the deal. You can understand if the former Boca Juniors man feels devastated and this failed move will no doubt impact negotiations between D.C. and the player over a new contract.

Head coach Ben Olsen and superstar forward Wayne Rooney will be crucial to assuaging Acosta’s pain in missing out on his European dream for now and the early indications are that Acosta wants to quickly rejoin his teammates in Florida for preseason.

Whether he signs a new contract is a different matter. It’s in United’s interest to do so, mainly so Acosta doesn’t leave on a free when the 2019 season ends. But it’s doubtful that Acosta stays in the nation’s capital beyond this year. You just don’t come within an inch of joining a top five European club and then forget all about it. Furthermore, it’s a distraction that will be hanging over D.C. United’s head the entire season and could hinder an MLS Cup run.