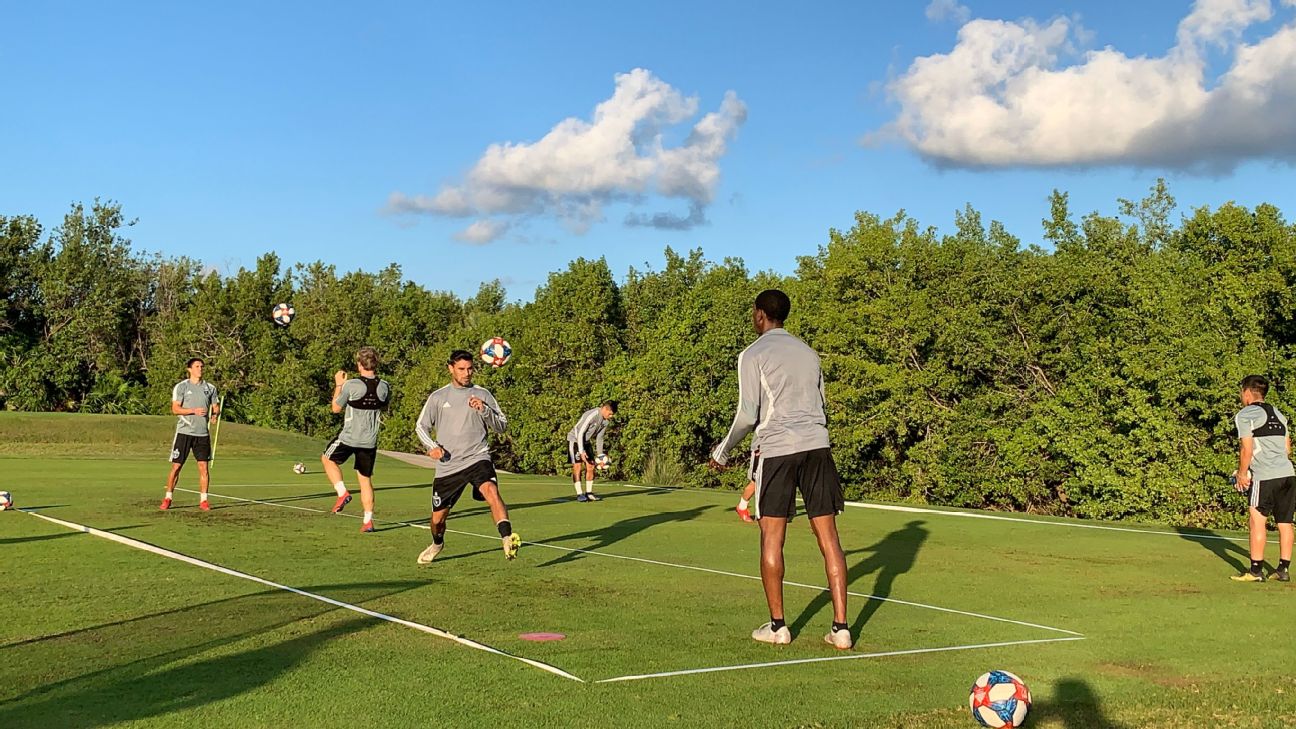 CANCUN, Mexico — When San Jose Earthquakes players received their schedules for the two-week preseason camp in a luxurious Cancun resort, two things immediately stood out. The first was the amount of double sessions incoming coach Matias Almeyda and his staff had programmed — some players had mistakenly thought they might get an hour or two on the beach or by the pool during downtime. And the second was that one of those double sessions fell on Feb. 3 — Super Bowl Sunday.

The players considered how to approach the subject. After all, who wants to go up to a new coach with Almeyda’s stature in the first week of training and ask for a change to the schedule? But the pull of the Super Bowl showdown between the Los Angeles Rams and New England Patriots was too much for team leaders like Chris Wondolowski and Shea Salinas.

“[Almeyda] was going to give us Saturday off, I don’t think he even knew the Super Bowl was on Sunday,” Salinas told ESPN FC, with a wide smile. “A few of us told him, ‘Hey, Sunday would be nice to watch the Super Bowl.’ We had to explain to him that it’s a big deal. He gave us Sunday off, so we’ll probably have to work extra hard on Saturday and Monday.

“I think we’re going to reserve a room here and watch it as a team and hopefully we’ll teach him how cool the Super Bowl is.”

Former Argentina international Almeyda — whose career has taken him from his homeland to working periods in Spain, Italy, Norway, Mexico and now the United States — took the request from the team’s leaders in good spirits, changing the rest day from Saturday to Sunday. A room in the resort is being reserved and the Quakes will watch the game together.

“Yes, we’ll watch it,” explained Almeyda. “I don’t understand it that much. I like the movements, I like the passion, but the game itself I don’t understand too much. I focus on the mobility and the blocks they do and the precision in the final pass, there are lots of things to take from the game.”

Almeyda adds that he respects Patriots quarterback Tom Brady for how he has maintained his form for such a long time, but the Quakes as a group can’t get on the same page about who they want to win.

“I’m a huge Raiders fans, so I’m kind of open,” said Bay Area native Wondolowski. “Rams would be good for West Coast, but hate L.A. [With the] Patriots, it’s good to see Tom Brady, from the Bay Area, but Raiders fans, for the Tuck Rule, still hate him. [I’m] still bitter about that, so a lot of mixed emotions.”

“I’m rooting for the L.A. Rams just because I’m sick of seeing Brady in the final,” chipped in Tommy Thompson. “I just want to see something different, someone else lifting the trophy!”

Not youngster Gilbert Fuentes, who is “kind of hoping for the Patriots, one more ring for Brady.”

The most original support comes from defender Guram Kashia.

“I only watch one football,” said the Georgian. “I don’t know the rules [of American football], but I will watch it with the boys. I will pick one side. If Shea Salinas supports New England, I’m going to be the opposite, for sure.”

The Quakes will have had 16 intense training sessions, as well as a friendly, without a day off when Sunday’s rest does come around, and even if there isn’t much unity in terms of who the players want to win the Super Bowl, the atmosphere promises to be interesting.