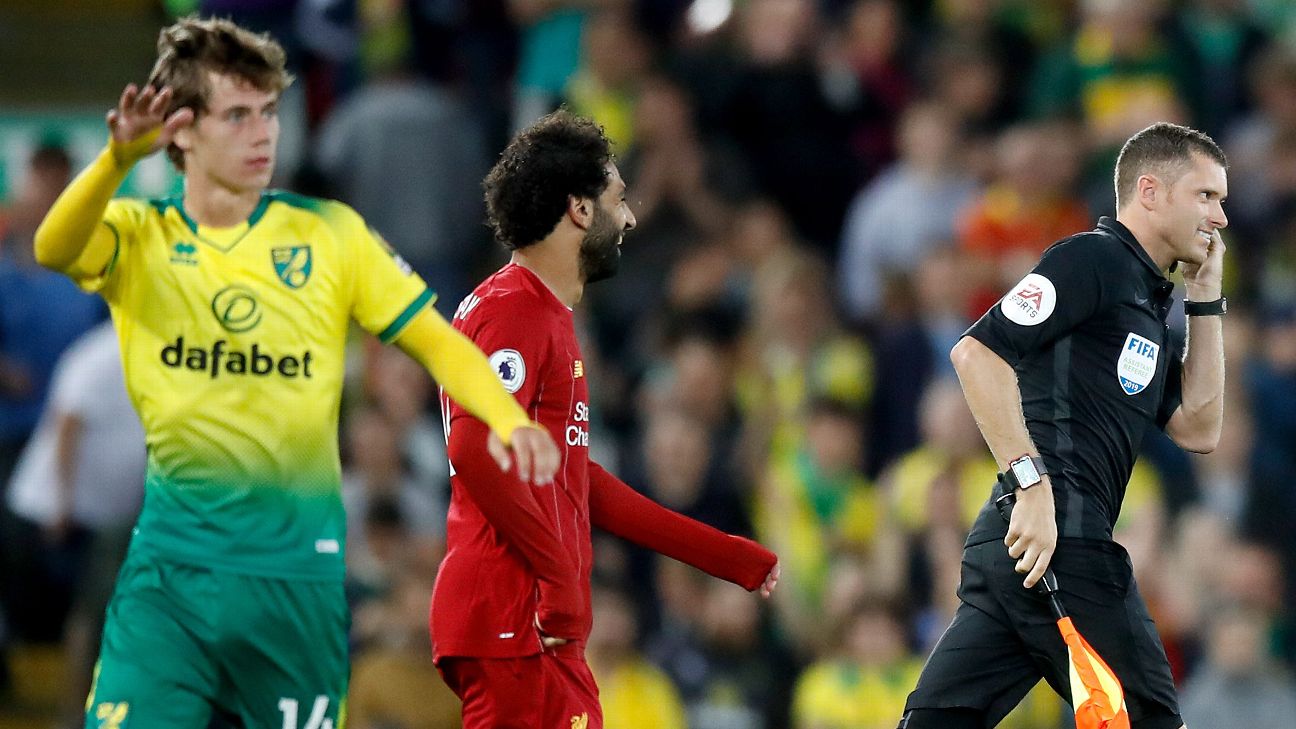 Liverpool got up and running with a resounding 4-1 win over Norwich in the inaugural fixture of the 2019-20 Premier League season on Friday.

It was also the first match in which VAR was being used in the English top flight, and everyone was braced for more of the delays and confusion they had already witnessed in other competitions.

However, it wasn’t endless replays in super slo-mo that held the game up…

One of the most unexpected transfers to take place this summer was Daniele De Rossi‘s decision to leave boyhood club Roma after 19 years in favour of a move to Boca Juniors.

The 36-year-old Italian midfielder is yet to make his debut for Boca as the club continue to monitor his match fitness, but he did have the pleasure of meeting their most iconic former player recently.

De Rossi was personally invited to visit Diego Maradona at the latter’s home, where the Boca legend is currently recovering from an operation on his right knee.

“Italians, Argentinians, World Champions, but above all Bosteros [Boca fans],” the caption reads.

Scottish fitba is well and truly back 😂 pic.twitter.com/OlJsl1g8Ki

Scottish football has a reputation for throwing up the odd delightfully amateurish moment here and there, and Friday night’s Championship game between Partick Thistle and Dundee United gave us an instant classic of the genre.

At one point, a loose ball trickled out of touch for a throw-in only to then disappear inside the frame of a wooden advertising hoarding.

Play only recommenced after a ball-boy got down on his hands and knees and clambered inside to retrieve it.

Anybody who’s ever had to rescue a lost football from underneath a parked car will know exactly what this kind of thing feels like.