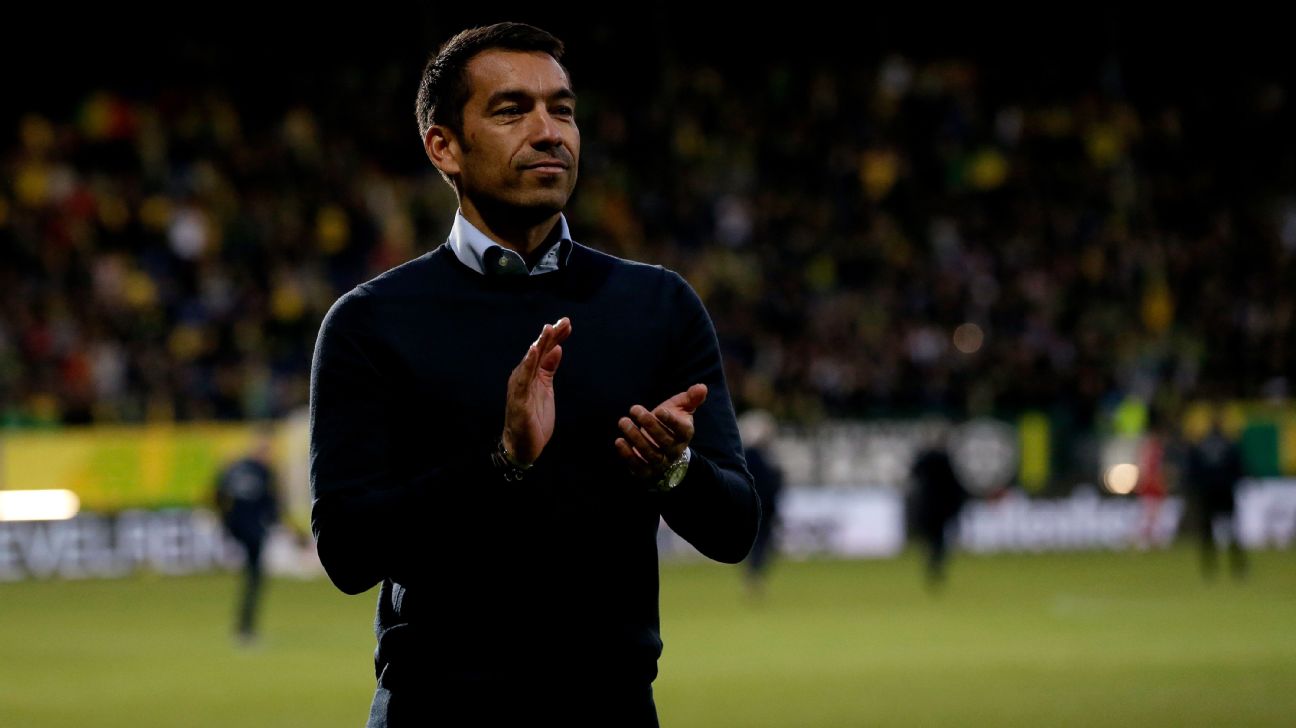 Former Netherlands international Giovanni van Bronckhorst is spending time at Manchester City but is not being lined up for a top job at the Etihad Stadium, sources have told ESPN FC.

Van Bronckhorst, capped 106 times, has been out of work since he quit Feyenoord in the summer and City have agreed to let the 44-year-old behind the scenes at the City Football Academy and other clubs within the City Football Group including New York City.

He will have the chance to observe training and speak to coaches and staff about issues on and off the pitch to gain more experience.

Van Bronckhorst made nearly 600 appearances during a playing career that included stops at Rangers, Arsenal and Barcelona.

He won the Premier League title and FA Cup with Arsenal in 2002 and was part of the Barcelona team which defeated Arsenal in the 2006 Champions League final. At international level, he captained Netherlands to the 2010 World Cup final, which they lost 1-0 to Spain — his final match as a professional footballer.

After retiring, he took over as manager of boyhood club Feyenoord in 2015 and led the Dutch side to their first Eredivisie title for 18 years in 2017.

During his spell in charge he masterminded a 1-0 win over Jose Mourinho’s Manchester United in the Europa League.