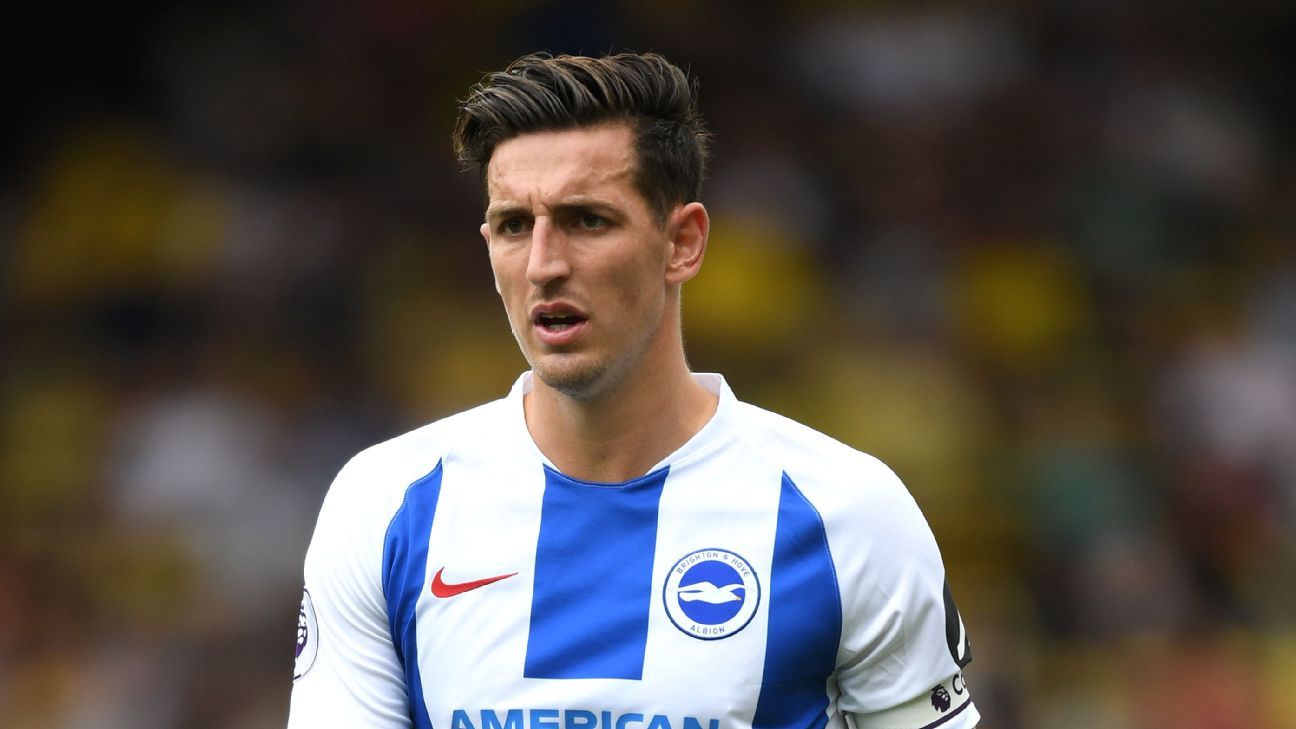 It’s go time, as the January transfer window is open. Find out when it closes across Europe, view the latest transfers as they happen, and keep up to date with the newest gossip below.

Could Brighton’s Lewis Dunk be about to become the second most expensive English centre-back behind Harry Maguire?

The Times reports that Chelsea are very interested in signing the 28-year-old and are ready to meet the club’s £50 million valuation.

Dunk has enjoyed a fine season on the south coast and was linked with Leicester City after their £85m sale of Maguire to Man United over the summer, before the Foxes went with other options.

The defender has an international cap, picked up in England’s 3-0 win over the United States in November 2018, and could provide a welcome boost to Frank Lampard’s backline in the latter stages of the season.

09.22 GMT: Nathaniel Phillips has returned to VfB Stuttgart from Liverpool.

The defender’s original loan was cut short amid Liverpool’s recent busy period of games where he debuted in the 1-0 FA Cup vs. Everton. But the 22-year-old has now returned to the German second division club and will reunite with his teammates in the club’s winter training camp in Marbella ahead of the restart of the league in late January.

09.15 GMT: Arsenal defender Konstantinos Mavropanos is heading out on loan, but it seems the Gunners have only managed to tempt German second division side FC Nurnberg into taking him on.

The Greek is having a medical now, says Sky Sports, while hoping to get a bit more playing time for the rest of the season.

09.00 GMT: Watford are set to confirm the signing of Udinese winger Ignacio Pussetto, with the final details ironed out on Monday morning, sources have told ESPN.

Pussetto, 24, can play on the wing and up front. The transfer sees Pussetto swap one Potto-owned club for another, with Giampaolo running Udinese and Gino, his son, in charge of Watford.

08.50 GMT: Ex-Monaco president Vadim Vasilyev has been speaking to Journal du Dimanche about the future of PSG star Kylian Mbappe.

“Kylian will generate the biggest transfer fee in history — there is no doubt,” he said. “A big club will have to be prepared to pay at least €300m. The amount might sound incredible, but we must not only think about what he brings on the pitch. He will also provide commercially. For me, the question of his transfer will not arise this summer — it is too early. It is important that he continues to progress individually and collectively. It would be even more beautiful to win the Ballon d’Or in PSG colours.”

08.32 GMT: Manchester United full-back Ashley Young wants out and won’t sign a new deal before his contract expires this summer.

But while Inter Milan are reported to the front of the queue, Crystal Palace and Lazio have joined the race for the 34-year-old says the Sun.

08.00 GMT: Diario AS reports that Real Madrid goalkeeper Andriy Lunin will join Spanish second division side Real Oviedo until the end of the season.

According to the sports daily, Madrid are ready to bring an early end to the goalkeeper’s loan spell at Real Valladolid.

Lunin, 20, has made just two Copa del Rey appearances for the La Liga side since joining on a season loan from Madrid. A move to Oviedo would give the Ukraine international more playing time.

Lunin, who won the 2019 U20 World Cup and was awarded the Golden Glove in the tournament, is expected to be Madrid’s reserve next season once Alphonse Areola returns to PSG.

Bruno Fernandes is hopeful that the loyalty he has shown to Sporting Lisbon in the past will be repaid. How, you ask? By the Portuguese giants allowing him to join Manchester United, reports The Daily Mail.

According to the outlet, a meeting between representatives from Man United and Sporting has taken place, and an offer of £50m plus add-ons has been made.

Showing his fidelity, the midfielder was touted to make a move away from the club in the summer but refused to force it through. Still not impressed? Fernandes has injected his own money into the club during times of need.

Having amassed 13 goals and 10 assists across Liga NOS and the Europa League this season, Fernandes’ hope is that the attitude he has displayed will encourage Sporting to let him test his talents in the Premier League.

United have seemingly been busy because as well as making a move for Fernandes, they have been watching Moussa Dembele, as has been reported by French journalist Ignazio Genuardi.

Chelsea, Manchester City and Tottenham Hotspur are also reported to be keeping an eye on the 23-year-old, who has 11 Ligue 1 goals for Lyon so far this campaign.

The Old Trafford club are ready to hijack any potential deal from their Premier League rivals, as Ole Gunnar Solskjaer is looking to add further firepower to his squad, despite Marcus Rashford‘s goal scoring exploits.

They will likely have been impressed by what they saw, as Dembele scored the winner in a 2-1 win against Bordeaux just three minutes after assisting Maxwel Cornet‘s equaliser.

— When does the transfer window reopen?
— All major completed transfer deals

– Chelsea, Manchester United, Juventus and AC Milan have all sent scouts to watch 19-year-old Hellas Verona defender Marash Kumbulla, reports Calciomercato. They are said to have gone to watch him face Genoa, a game in which he came out a 2-1 winner, having played the full 90 minutes in their back three.

– Juventus are set to use the help of super-agent Mino Raiola to get talented Dutch duo Ryan Gravenberch and Calvin Stengs, of Ajax and AZ Alkmaar respectively, according to Calciomercato.