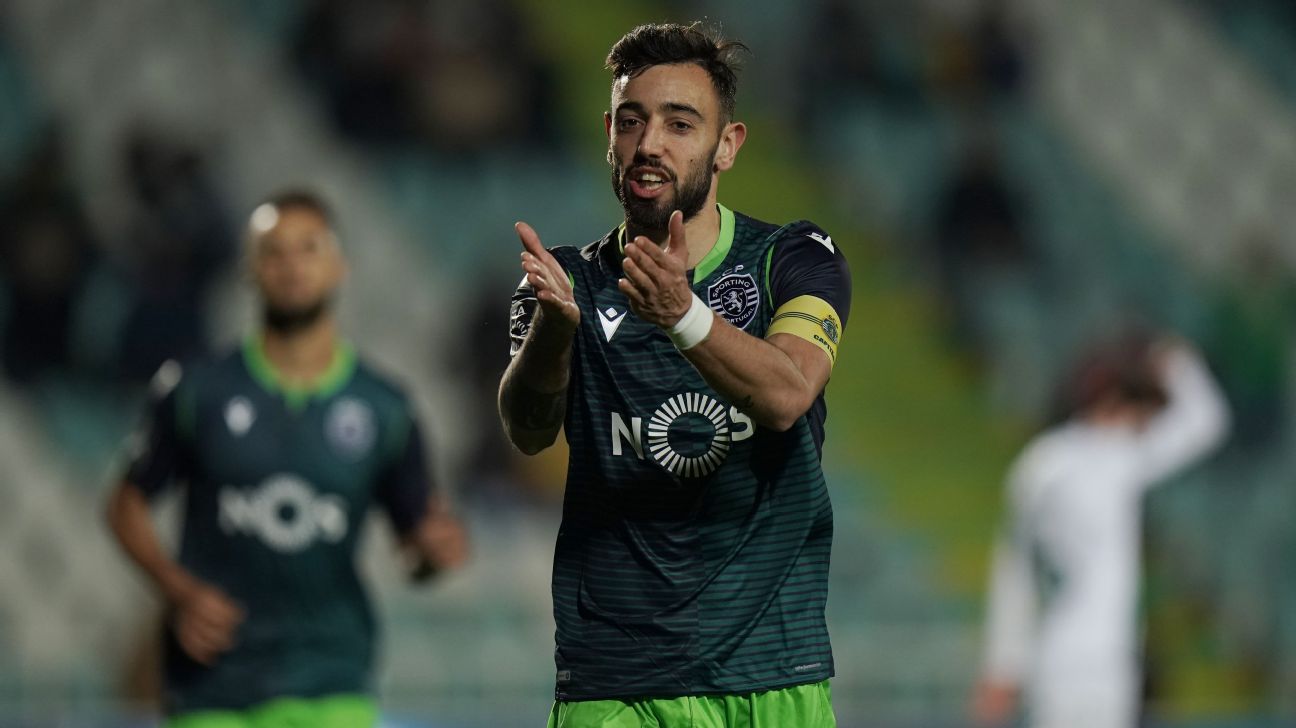 Manchester United and Sporting Lisbon have met to discuss the possibility of Bruno Fernandes moving to Old Trafford in January, sources have told ESPN.

Sporting president Frederico Varandas and United executive vice-chairman Ed Woodward were present at a meeting at the club’s Mayfair offices on Friday with discussions set to continue this week.

United are remaining tight-lipped about the prospect of signing the Portugal international but Sporting are pushing for a deal as they look to ease their financial difficulties. The meeting took place after intermediaries were asked to contract United at Sporting’s request.

United looked at Fernandes in the summer but were eventually put off by Sporting’s €80 million asking price. However, a combination of Sporting lowering their valuation to around €60m, plus injuries to midfielders Paul Pogba and Scott McTominay, has prompted Ole Gunnar Solskjaer and the recruitment team to reignite their interest, although an agreement is yet to be reached.

Sources have told ESPN that the 25-year-old, who has had a spell in Italy with Novara, Udinese and Sampdoria, is keen to join Solskjaer’s side after seeing a move to Tottenham fall through during the last transfer window.

Sporting have tried to encourage Tottenham to enter a bidding war with United this month but Spurs are close to agreeing an 18-month loan deal with Benfica for 21-year-old midfielder Gedson Fernandes.

Solskjaer is struggling for options in midfield after seeing Marouane Fellaini and Ander Herrera depart and losing Pogba and McTominay to injury.

Pogba has undergone an operation to remove bone fragments from his ankle and is not expected to be back until February while McTominay has been ruled out for two months after damaging knee ligaments against Newcastle on Boxing Day. It has led United to rebuff interest in Nemanja Matic and the Serbian is now set to stay at Old Trafford until at least the summer.

Fernandes, capped 19 times by Portugal, enjoyed a stellar season at Sporting last year, scoring 31 goals in 52 games from midfield. He has got 15 in 24 this term.