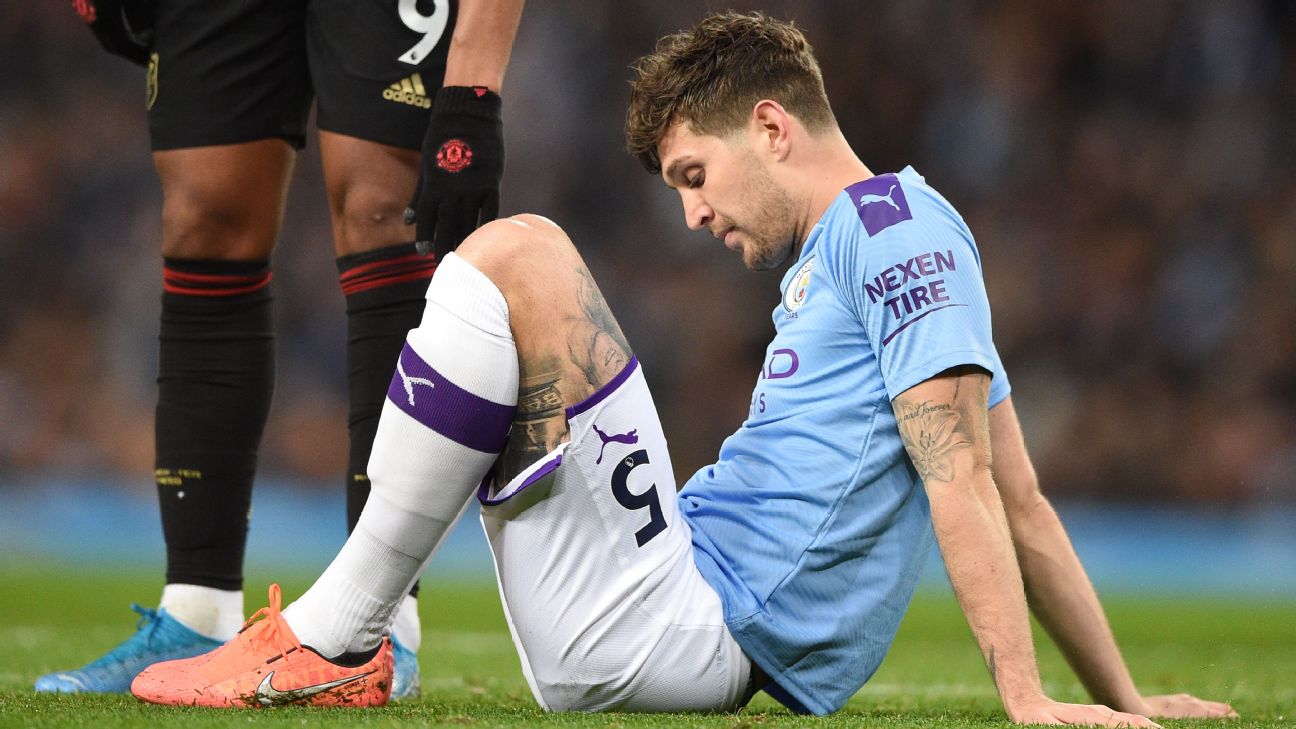 John Stones could be in line for a stunning Premier League switch, with new Arsenal boss Mikel Arteta keen on signing the England international, The Sun reports. The City defender is represented by the same agency as Arteta and would be keen to discuss a move, even if it’s only on loan.

His season has been plagued by injury and loss of form, with no current sign of a new contract offer from City and just two years left to run on his deal at the Etihad.

The Sun claims that there is also an understanding that City boss Pep Guardiola has lost faith in Stones, a potential problem ahead of this summer’s Euros, with England manager Gareth Southgate keen to see the 25-year-old featuring regularly for his club side.

Atletico Madrid are set to splash out for a new striker in the coming weeks. PSG forward Edinson Cavani is thought to be the Spanish giants’ first choice, but according to Marca, Diego Simeone’s second option might well be Arsenal’s Alexandre Lacazette.

Simeone is reportedly desperate to land a forward, but with PSG potentially keen to hold on to Cavani, other options, such as Lacazette, could now be assessed. The Spanish publication reports that the France international has hinted at his desire to move to the Wanda Metropolitano but has thus far failed to see a move materialise.

Should Atletico bid for the 28-year-old, it is likely that fellow Frenchman Thomas Lemar could be sent in the opposite direction, after enduring a torrid time in La Liga since arriving in 2018.

Ajax fans might be forgiven for thinking that the pillaging of their star assets is finally over for the time being, but if Sky Sports News is to be believed, they might be about to lose yet another star man next summer.

Sky claims that Donny van de Beek is likely to leave Amsterdam, with the Premier League a possible destination. The Dutch playmaker has most recently been linked with the likes of Manchester United and Real Madrid, following last season’s heroics in the Champions League.

The 22-year-old is expected to remain at Ajax in the short term, despite claims that he could depart this month. However, it’s certain that if the four-time European champions do eventually decide to sell, they will have an array of suitors waiting to snap Van de Beek up.

– After a disappointing spell at Leeds, youngster Jack Clarke is set to go out on loan once again — this time at fellow Championship outfit Queens Park Rangers, reports Sky Sports News The outlet reports that a deal is imminent between the midfielder’s parent club, Spurs, and QPR, now managed by Mark Warburton.

– Southampton bosses are set to meet for a “transfer summit,” with the future of Che Adams expected to be at the top of the agenda. Leeds Live claims that Ralph Hasenhuttl is meeting club chiefs in an attempt to map the future direction of the club, with a decision yet to be made regarding the immediate future of the in-demand Adams.

– Arsenal are one of several clubs monitoring teenage sensation Isaac Lihadji, La Provence reports. The 17-year-old winger currently plays for Marseille, but after he recently failed to agree a new deal with his current employers, some of Europe’s biggest clubs are now set to tussle for the youngster’s signature.