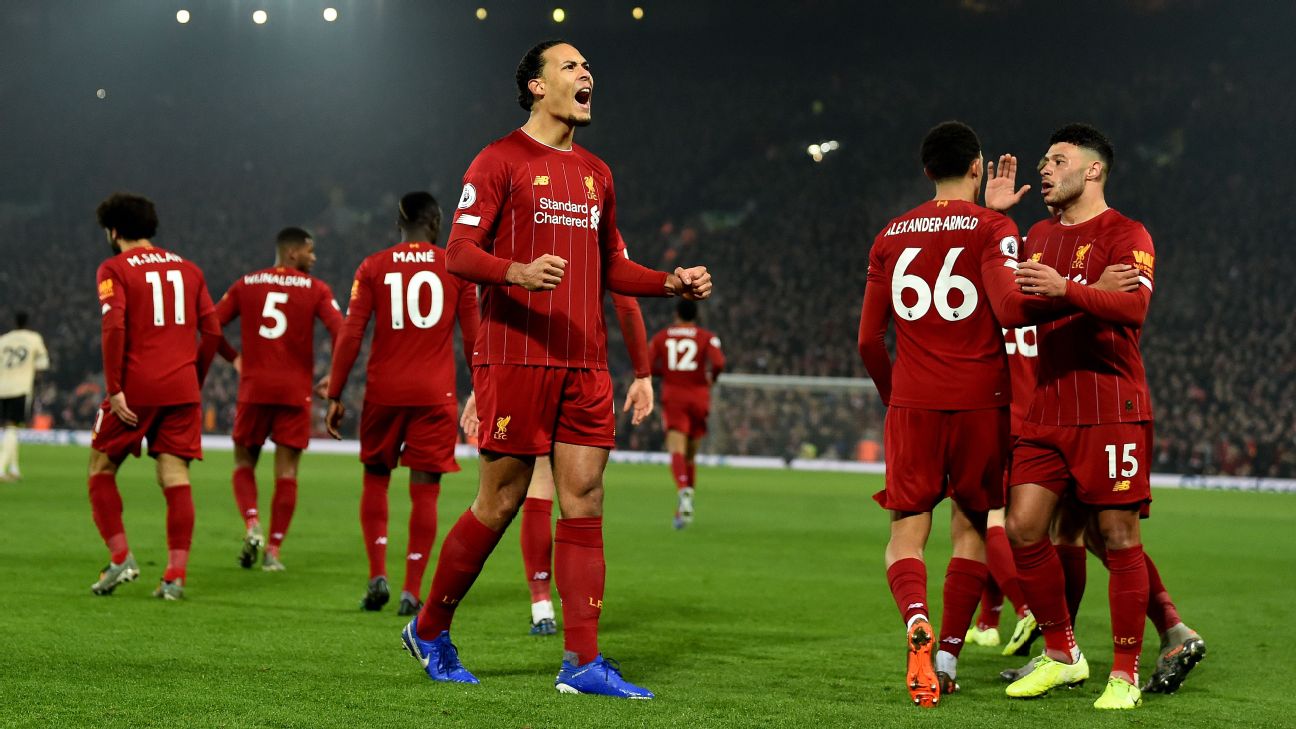 Liverpool are marching toward a first league title in 30 years, an incredible 22 points clear — the biggest lead in top-flight history — with only 39 left to play for.

But when will they be confirmed as Premier League champions? And who might have to give them the guard of honour? Here, we take a look through the possibilities.

How many wins guarantees Liverpool the title?

They are 22 points clear with 39 available, so Liverpool need 18 points from 13 games, and the quickest way to do that is with six victories.

If both Liverpool and Manchester City win all their upcoming fixtures, then the Reds will be champions on March 21 against Palace.

The guard of honour would then come at reigning champions Man City in the first round of games in April (date TBC).

However, March 21 is reserved for FA Cup quarterfinal ties, so the Palace game may be postponed to a later date. If that is the case, Liverpool’s sixth game would come at the Etihad — and they could win the title with a draw at Man City, then the guard of honour would come at home to Aston Villa.

When is the earliest Liverpool can be champions?

If Liverpool keep winning, then the earliest the title could mathematically be confirmed is at home to Bournemouth on March 7. Man City would need to drop six points over the same period, and Leicester four. 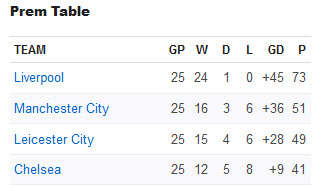 If this were the case, Everton would have to give them the guard of honour at Goodison Park on March 16.

How can Liverpool win the title at Everton?

Liverpool’s fixture list over the next month does not pit them against any of the Premier League’s top teams, so it is very possible Liverpool will take maximum points from this set of fixtures.

If Liverpool win their next four matches going into the game at Goodison, they would need Man City to drop a minimum of three points. If Man City lose at Leicester, then Liverpool would need Leicester to drop points elsewhere.

If Liverpool do win the title at Goodison, they would get a guard of honour from Crystal Palace on March 21 — or if that game is postponed due to the FA Cup quarterfinals, it rolls over to the Etihad.

Who holds the record for the earliest title win?

Man United won the title on April 14 in 2001. It will  take quite a change in fortunes for that record not to be broken.

Both United (2000-01) and Man City (2017-18) have won the title with five games to spare. If Liverpool claim the trophy at Goodison, they will do it with eight matches in hand.