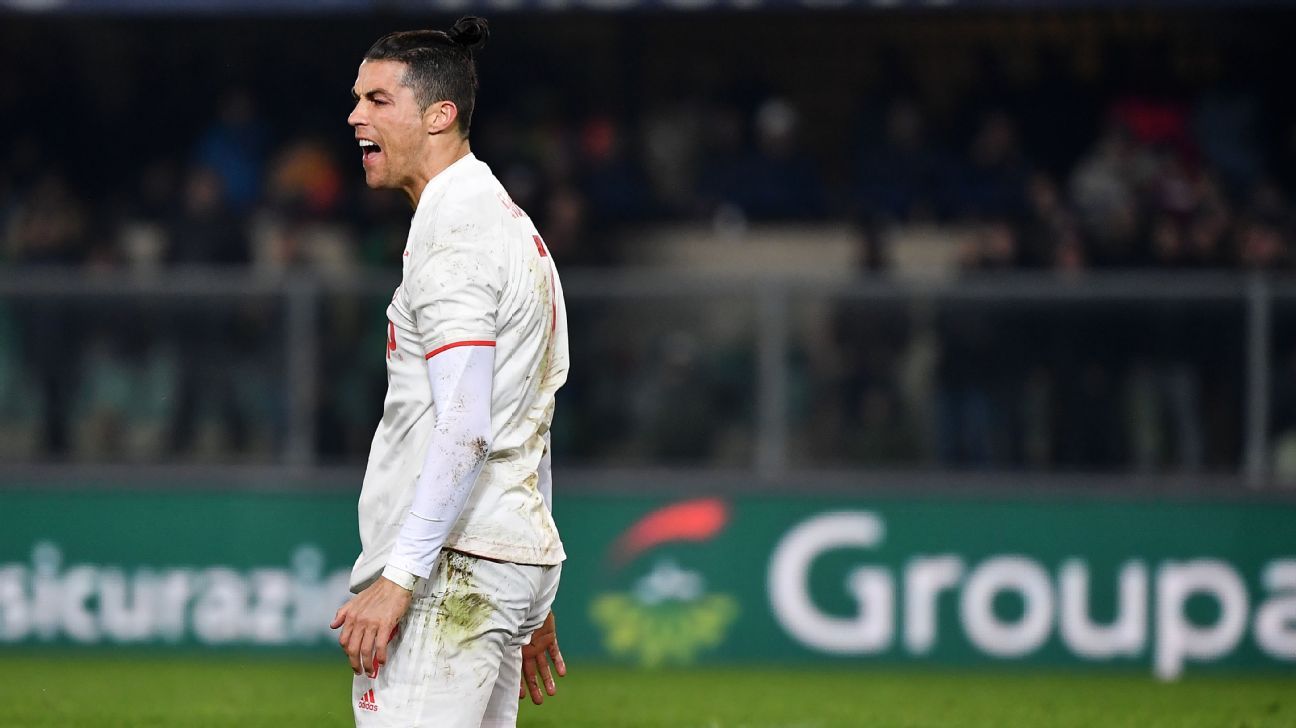 Hellas Verona produced a huge upset by coming from behind to beat Serie A leaders Juventus 2-1 on Saturday, inflicting a third defeat of the season on the Italian champions.

Cristiano Ronaldo set a new Juventus record by scoring in a 10th consecutive league game to put the visitors in front at the Stadio Marc’Antonio Bentegodi after 65 minutes.

Yet Ivan Juric’s side left the visitors stunned as Fabio Borini struck an equaliser before a late penalty from substitute Giampaolo Pazzini completed the comeback.

Juve remain on top of the table on 54 points, but Inter Milan will draw level with them if they beat AC Milan on Sunday, and third-placed Lazio will go one point off top if they win at Parma.

Verona moved up to sixth place on 34 points, stretching their unbeaten run to eight games.

Ale Moreno thinks Juventus are still trying to reach their full potential after a 2-1 loss to Hellas Verona.

“What we need to realise is that winning is not to be taken for granted,” Juve coach Maurizio Sarri told DAZN.

“We have to work harder, get dirty when we need to and not rest on our laurels.

“This team is accustomed to winning comfortably in recent years and we have to get it into our heads that we can’t afford to waste points.”

Douglas Costa went close in the first half when he fired a shot off the crossbar, before Verona celebrations were cut short when Marash Kumbulla’s headed goal was ruled out for a narrow offside following a Video Assistant Referee (VAR) review.

Ronaldo threatened when he cut inside and curled a shot off the foot of the post at the end of a balanced first half.

The Portuguese forward eventually broke the deadlock with a goal of individual brilliance, as he exchanged passes with Paulo Dybala to launch a counter-attack, before beating his marker and firing in a low finish.

Verona drew level, however, when Borini latched onto a loose ball inside the Juventus area and struck a shot into the bottom corner.

The hosts turned the game on its head with five minutes remaining when Pazzini struck from the spot after Leonardo Bonucci was penalised for handball following a VAR review.